In Illyrian mythology, Theia was a Titaness and daughter of the Primal Gods Ouranos and Gaia. She was the consort of her brother Hyperion and was slain eons ago by the interloper demiurge, Ubbo-Sathla, whom it is said, fell from the void as a flaming green comet and struck her in the breast.

In Theia’s death throes, three offspring sprung forth from her dying body: Helios (the sun), Selene (the silver moon) and Eos (the dawn). Taken literally, the ground beneath one’s feet would then be the corpse of the titaness.

This is a mythohistorical, antediluvian world heavily influenced by the weird pulp fiction of: Clark Ashton Smith, Robert E. Howard, H.P. Lovecraft, and other bits taken from Michael Moorcock’s Corum and Elric stories, the the Dying Earth fiction of Jack Vance, as well as all of the myriad faerie tales, and legends of Celtic, Greek and Near-East myths from Earth’s own antiquity — The Iliad and They Odyssey, The Mabinogion, One Thousand and One Nights, and a personal favorite: D’ualaire’s Book of Greek Myths. This reading list can set you on your way, if you interested.

While there are many parallels between Earth of Antiquity and Theia, life here has evolved along a slightly different path. The world is held fast in the throes of an Ice Age. Miles-thick sheets of ice have mantled the the poles roughly equivalent to Earth’s own last glacial maximum, leaving a narrow expanse of habitable land in-between where humanity’s great civilizations cluster around a few warm inner seas and resist the creeping doom of the wilderness – frozen tundra to the north, arid deserts in the east, trackless jungles in the south and the dense swathes of forest in the west.

Hyperborean histories say that it was the coming of Yikkorth “The Ashen Worm” in a time out of mind, that brought the White Death and rimed the world in ice. The cataclysm forced their ancestors to abandon the paradise of Old Hyperborea, and wander Theia for a millennium. That is, until their god-hero Mitra harnessed the power of Helios and halted Yikkorth’s advance. Afterward they conquered Illyria and founded the “Immortal City”, New Commorium, on the narrow straits that separate the Aixenos Sea in the north and the Stygian Sea in the south.

The famous Acadian High Councillor of King Simshattar of Belthaar. An astronomer-sorcerer named Ikhtanabu Xul proposed an alternate theory. He suggested in his treatise, “On the Movement of the Heavenly Bodies and the Dimming of Sol” that the great Hyperborean sorcerer and heretic, Eibon the Black, may have sapped the sun disc when an experiment in translocation and a device of perpetual motion went awry. Regardless, the sun disc changed from brilliant yellow-white to the turgid, bloated orange orb we see now in the heavens. For their part, the priesthood of the sun god Mitra utterly reject this theory as a ridiculous heresy. 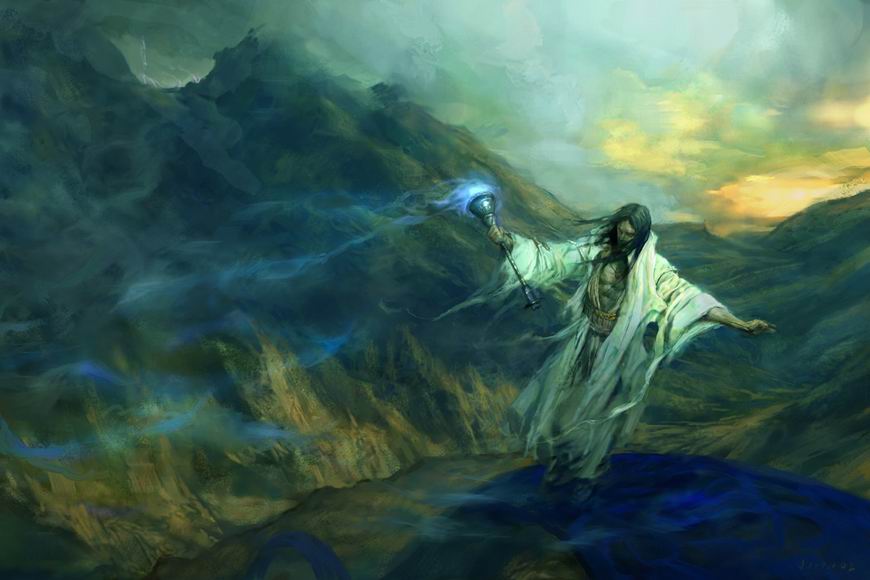 It’s been nearly 12,000 years since founding of New Commorium, but now the signs of the Hyperborean hegemony having reached its zenith are everywhere. Decades of slave revolts destabilize it’s colonies. Upstart kingdoms and city-states assert their independence, and ancient enemies in the shadows seem to work to undermine the “Pax Commorica” at every turn.

Perhaps an era is ending and a new epoch will dawn? What shape will this new world take, and who will shape it? Now is a time for bold deeds when the mighty and ambitious might tip the scales one way or another.

Pick your side and start your tale here . . .