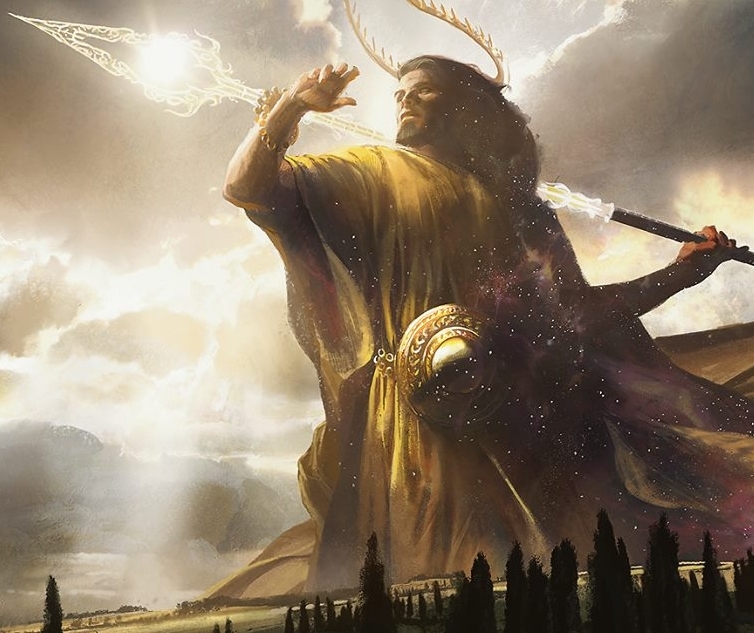 HELIOS was the Titan god of the sun, a guardian of oaths, and the god of sight. He dwelt in a golden palace in the River Okeanos (Oceanus) at the far ends of the earth from which he emerged each dawn, crowned with the aureole of the sun, driving a chariot drawn by four winged steeds. When he reached the the land of the Hesperides in the far West he descended into a golden cup which bore him through the Underworld back to his rising place in the East.

Helios is said to have been poisoned and mortally wounded in the distant past. For a generation His sun chariot flew erratically and grew dim and was nearly extinguished until it was seized by the ascendant Hyperborean demigod Mitra.

Helios is still deeply respected in Illyrian culture and is an honored figure by those who revere the god Mitra, but his cult is all but sumbsumed into Mitraic cult practices and beliefs.