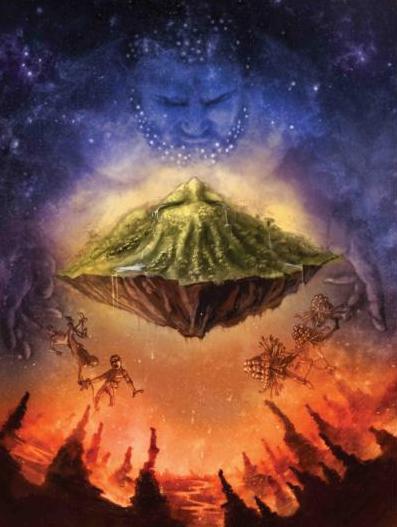 OURANOS was the primordial god of the heavens; the son and first consort of Gaia.

Ouranos sired twelve sons and six daughters with Gaia. He locked the eldest of these — the giant Cyclopes and Hecatoncheires — away inside the belly of the Underworld. Gaia suffered immense pain during these births and persuaded her Titan sons to rebel. Four of these positioned themselves at the corners of the world, ready to grasp their father as he descended to lie with Gaia, while the fifth, Kronos, took his place in the center and there castrated Ouranos with an adamantine sickle. The sky-god’s blood fell upon the earth, producing the avenging Erinyes and the Giants.

Emasculated Ouranos fled into the void and is said to have curst his Titanic sons and daughters.