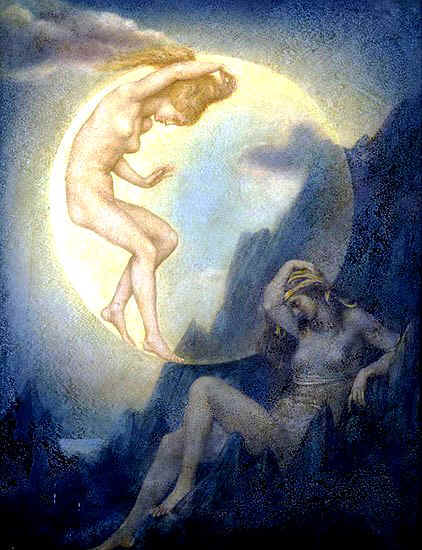 Titaness and mother to the Moon Selene, The Dawn Eos and the Sun Disc Helios. Theia is a “dead” goddess, who was struck down by the interloper Ubbo-Sathla, when he fell upon her from the void as a flaming, green comet, eons ago.

It was in her death throes that she spawned her three children so that the world would not be consumed with eternal darkness.

Although “dead,” some scholars and philosophers posit that Theia isn’t dead, but merely dormant — who can deny that furrows cut into her soil yield the crops and all the growing things of the world?

Theia has no cult or formal worship associated with her.