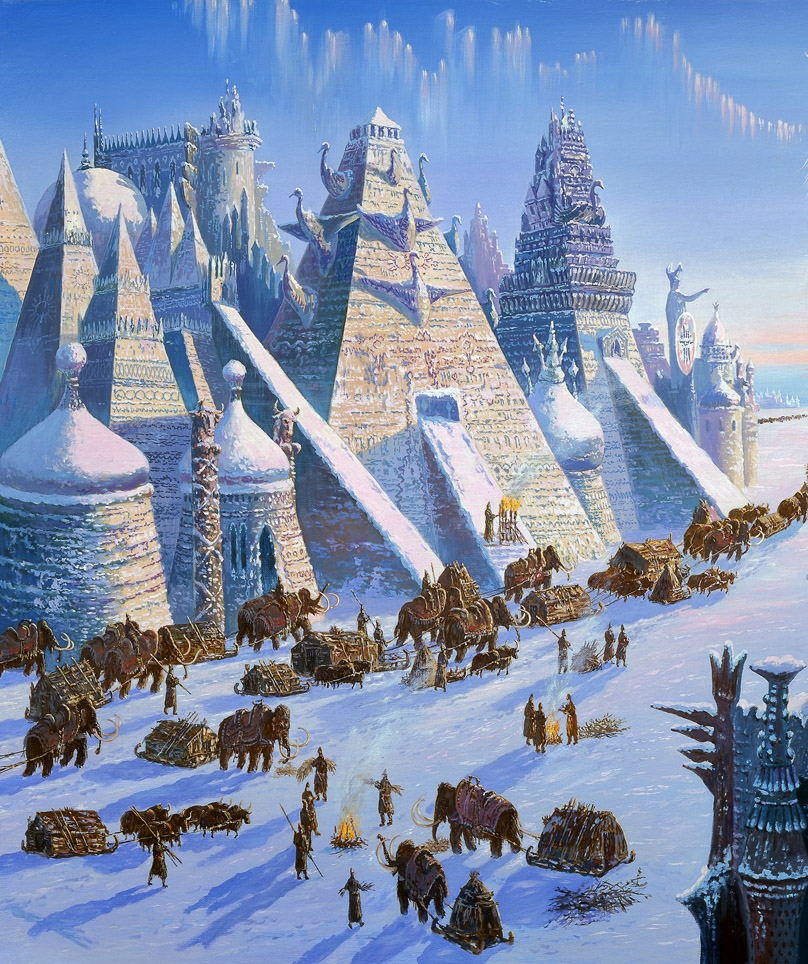 12,000 years ago the Ashen Worm, Yikkorth fell to Theia as an impossibly bright and cold star. His coming doomed the ancient continent of Hyperborea and forced its inhabitants to flee. In the intervening years the massive glaciers that sprung up around him radiated down from the north pole and threatened to destroy everything it its path. Old Hyperborean myths say that it was only because of the intervention of Mitra that the White Death was halted.