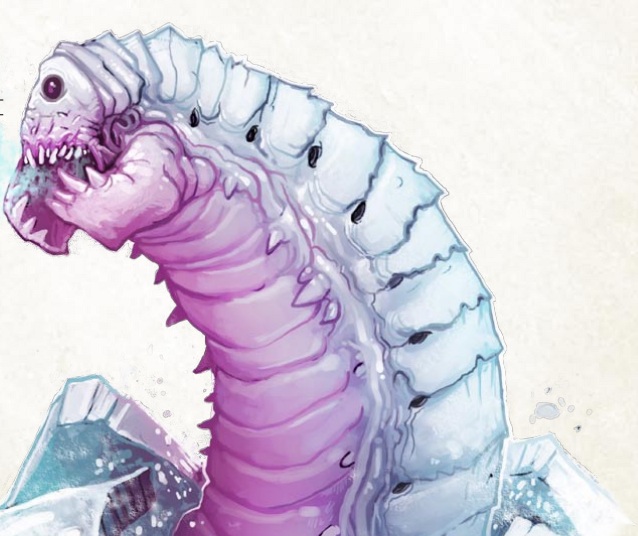 Yikkorth, also known as the “White Worm” Is the demiurge fabled to have brought the White Death to Old Hyperborea. The motives and even the basic form of the being are a matter of some debate among Hyperborean scholars, but there is little doubt that they all ascribe the loss of their homeland to it.

13,000 years ago Yikkorth is said to have descended upon Theia as a white star falling from the heavens – not a star of fire, but a star of death and cold so deep it could turn men into ash. In a matter of weeks and months Yikkorth’s icy touch froze the seas and rose up a blizzard that lasted for a thousand years. Only because of the intervention of the Hyperborean sun god Mitra was the White Death’s inexorable advance halted.

Some Hyperborean scholars and sages suggest perhaps that Yikkorth is related to the Pictish ‘Queen of Winter’ so-called The Cailleach Bheur or Biera in Keltic myth.